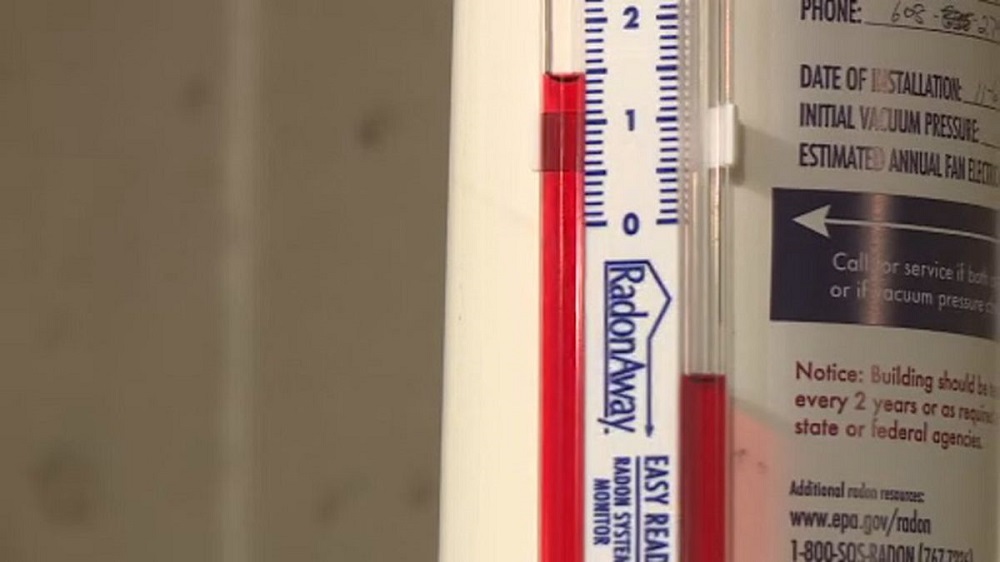 Radon is a silent killer and experts are urging people to get their homes checked for the odorless gas.

To protect and serve is Jake Reno's way of life. He's a Madison police officer, but his mission goes beyond the badge.

"A theme in my life is not only my job is to protect but I want to protect my family," he said.

He said when he heard about the dangers of the silent killer, radon, getting his home tested was a no-brainier.

"I have two small children so when I found that out I'm like I have to look into that more," he said.

Wisconsin Radon Services owner Lance Rule said radon is an invisible, odorless gas that comes from uranium in the ground.

"Based on air pressure differences between the inside of your home and the soil around your home, your house becomes a vacuum," Rule said.

The gas creeped its way into Reno's home.

"I had my house tested and I found I had high levels of radon," he said.

He had a radon reduction system installed in his basement. It was a quick fix that can save you from a lifetime of health issues.

"The problem with high levels of radon for extended periods of time is the possibility of developing lung cancer," Rule said.

Experts said the best course of action is to either buy a radon test kit from a hardware store to do it yourself or have a certified professional come do the test for you.

"It's not a hard process to remove the radon once it's discovered. If you don't do the test you won't know you have a problem," Rule said.

Reno said all homeowners should get the test done because it's better to be safe than sorry.

"I was thinking if I could have a lifetime of low levels of radon then it's worth it because how can you put a price tag on your health," Reno said.

Radon is responsible for about 21,000 lung cancer deaths per year, according to the Environmental Protection Agency. Radon experts suggest you schedule a testing appointment sooner rather than later .

We’ve got YOU covered! Wisconsin Radon Services is the industry leader in quality radon mitigation services. We’re upfront and honest with our process and unmatched in the level of service we provide.